After a less-than-ideal qualifying the Frikadelli- team achieved a second place and a third podium position at the last four races. 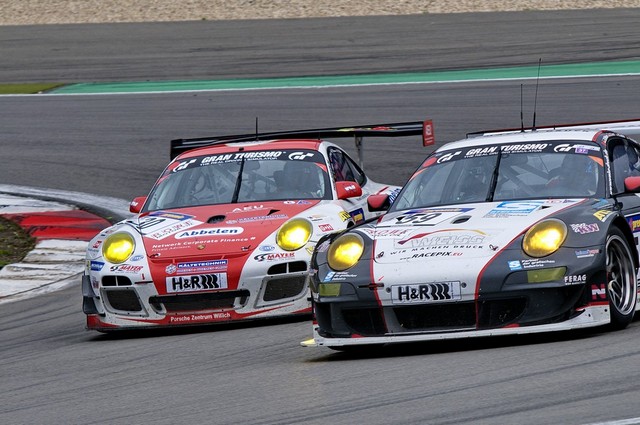 At the second last run of the VLN long-distance championship the Frikadelli- racing team once again took everyone by surprise concerning the driver lineup. Besides the “usual suspects” Sabine Schmitz, Klaus Abbelen and Patrick Huisman the Swiss pilot Henri Moser was taking the wheel. At his debut the 25-year old was put to a hard test and he was chosen to be the starting driver for the race.

Not a very rewarding task since due the very adverse circumstances in the morning only a ninth place was accomplished. Henri was able to resist the perpetual attacks besides the fact that a less-than-ideal choice of tyres was made. Under these circumstances it was remarkable that he delivered the car to Klaus without a scratch and with only a few places lost. “The car was perfect – besides my struggle with the tyres”, commented Henri his stint after the race. 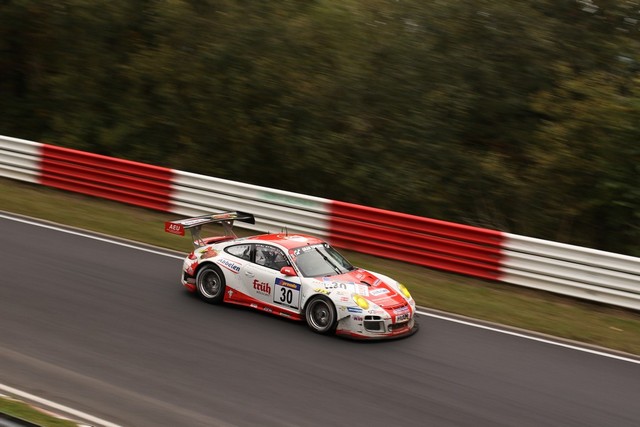 The goal for Klaus was to increase the pressure towards the cars in front of him again and to push the fastest meatball of the world further at the top. Klaus also had problems with the tyres after two rounds and informed the box to prepare the vehicle perfectly for Patrick. So it was decided that – despite good lap times – Klaus was to drive back towards the box.

Patrick Huisman seemed to be in the right mood for duels. The long Dutchman started for an extreme chase which forced the team to hold its breath. With very fast laps he made his way towards the fifth position. Having reached this position he found a worthwhile companion in the form of the Falken Porsche who is always up for a duel. Spurred on by the achievements of the last rounds the two 911 shot through the forest in a formation flight and didn’t give anything away. There were always other vehicles involved – the positions of the cars switched every minute. Only in round 20 Patrick was able to sheer off from the slipstream of his opponents. He delivered the car to Sabine who was responsible for the finishing turn.

Sabine was in top shape and started her chase for a podium position which was now in reach. For this purpose she attacked the strong as an ox McLaren of the Dörr- team and was able to drive towards the third position – besides the aerodynamics which was badly affected by collisions with other vehicles. The fast BMW Z4 of the Uwe Alzen- team was on the tail of the Queen of the ring. Three rounds before the finish the advantage was rapidly shrinking until the two pilots were nearly driving side by side towards the Nordschleife for one last time. The surprise was enormous as the camera was catching the two vehicles before the finish line: not only Sabine was able to defend her position in front of the BMW but also 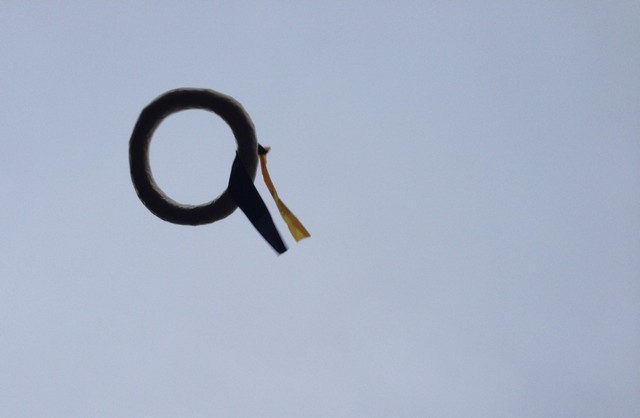 to benefit from tyre damage of the SLS in front of her which resulted in a second place for the Frikadelli-racing team in the end. “For me, personally, this was the race of the year”, certified Patrick Huisman his stint after the race. “I fought a duel with the Falken- Porsche over countless rounds which was simply genius. He drove really very hard but absolute fair – this was a real treat”. Also Erik the data- analyst was very pleased: “This time we used a very different strategy and showed that even with four pilots we are able to drive at the top of the field”.