An overall victory under difficult and curious circumstances as well as a safe arrival of all three Frikadelli- vehicles conciliated the team after the dropping out in the 24h race two weeks earlier. 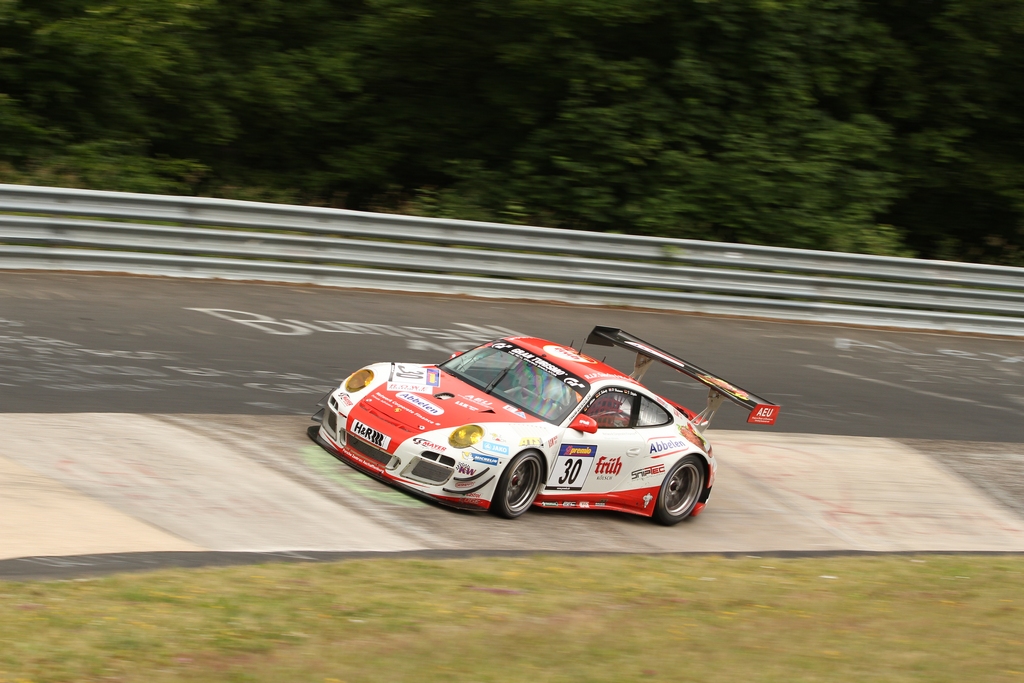 In the morning the team was in high spirits. Despite the wet conditions of the track the fastest meatball of the world was shooting for the pole position. The Porsche was driven by the regular cast consisting of Klaus Abbelen, Sabine Schmitz (both Barweiler) and Patrick Huismann (Netherlands) while the guest pilot Frank Stippler (Bad Münstereifel) complemented the pool. But despite of the second fastest time achieved by Patrick everything was turned upside down. The race management punished every third car on the field and cancelled the training results of the Frikadellis. So at last the team was on position 40 instead of the intended first placement.

Due to the individual evaluation of every yellow card the start was delayed to 14.00. As a result of the long discussions the duration of the race was reduced to 2,45 hours and the line-up of the drivers was left to the teams. The beginning of the race was undertaken by Sabine and she seemed to be seethed with anger while she took the warm- up lap. With the changing of the signal light to green the queen of the Ring started the pursuit race to overcome the roughly 40 cars in front of her. Already at the Grand Prix track she dashed through the field of opponents, hastened past other vehicles and seemed to be totally unleashed. Only one more round was needed to took the overall lead and keep it. After eight rounds Sabine handed the car to Frank Stippler according to plan and had achieved a calming head start towards the field of opposing teams.

Frank defended the lead consequently, despite the wet track and the sporadic dipping rain at different places of the track which resulted in balanced circumstances for all drivers. To be on the save side it was decided to use other tyres to end the race with them. But during the last half hour it was getting thrilling again since the track was drying and the choice of tyres was becoming a real poker game. Stippi kept cool and with the right strategy and a fitting choice of tyres the car reached the finishing line which resulted in the second overall victory during the running season. 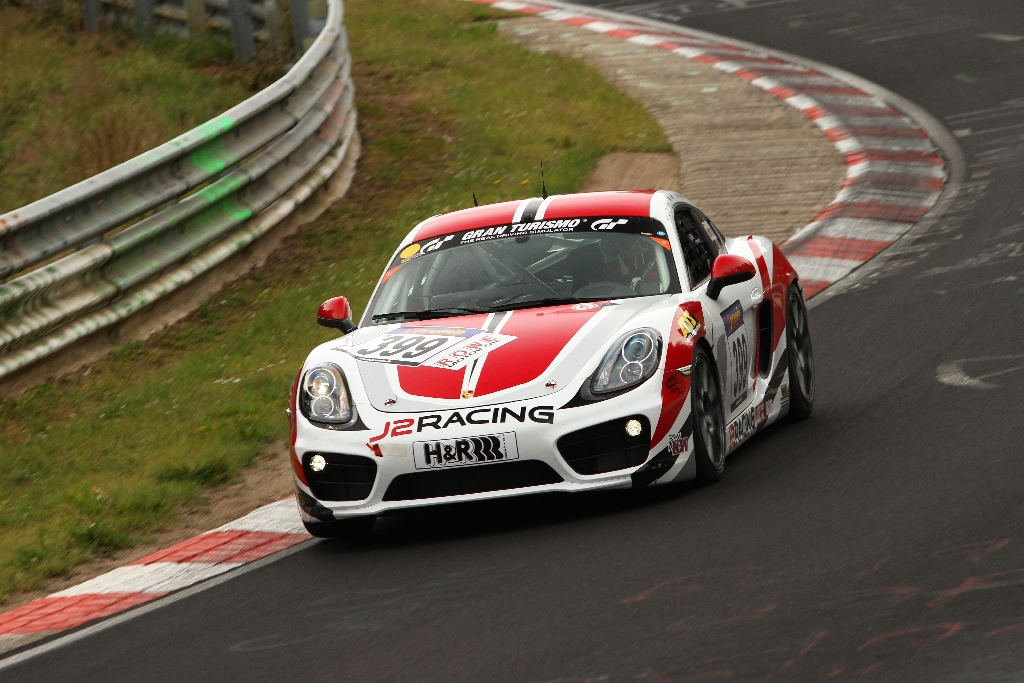 The other cars of the Frikadelli team were successful as well. After an accident eight weeks before the now freshly constructed Porsche Cayman started at the highly contested class V6. Besides John Shoffner and Janine Hill, Mark White (all USA) piloted the vehicle. The three drove their first race under such difficult conditions and mastered their task immaculate. In the end the 65th place was a satisfying result for the J2 Racing team.

Thomas Leyherr and Herbert von Dannwitz completed the driver’s trio with the Audi TTRS. The all-wheel driven racer with the wood counter was literary predestined for the wet conditions and ran without problems. At the end the two pilots earned the class victory for the VT3 class.

For the VLN circus the summer break began, the next race at the Nürburgring will be in four weeks. Until then the Frikadelli- Racing team has time to take a breath till the next victory is targeted.