The Frikadelli- Racing Team started with four vehicles at the Nordschleife. It was the second run of the VLN long-distance championship and the final rehearsal before the upcoming 24h race. But despite several defects and changing weather conditions the most influential aspect which resulted in an unhappy end of an exhausting racing day was politics. 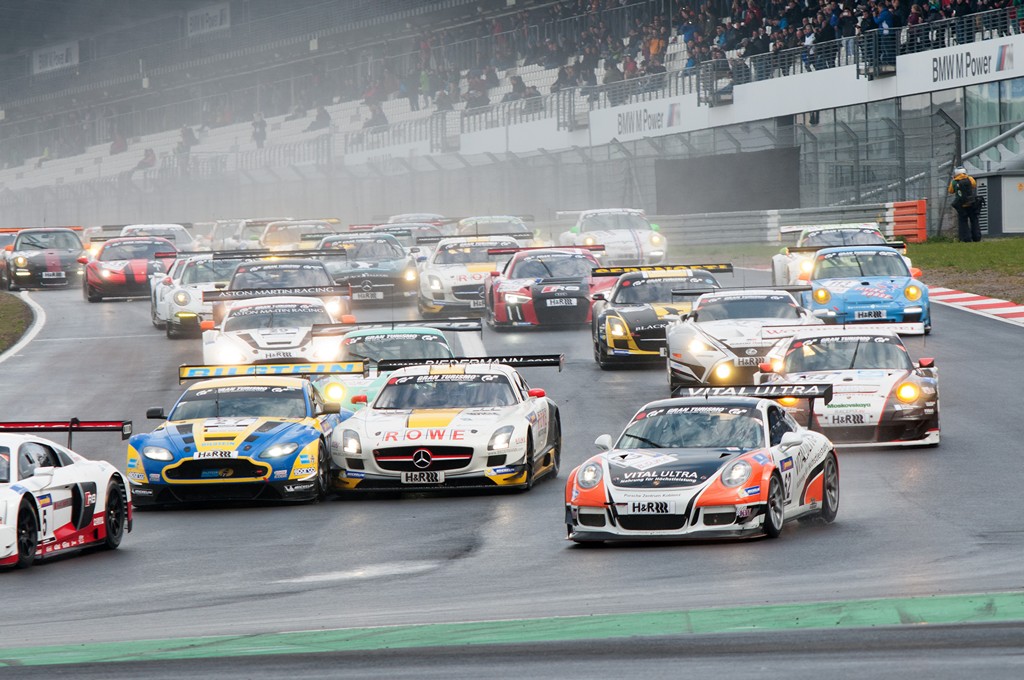 The weather forecast not bode well for the race because Saint Peter opened his locks at the Eifel which resulted in tricky conditions of the track and a hard decision for the right tyre which driver and team had to make. Once again the array of cars was very interesting. At the wheel of the Porsche 911 GT3 R started Sabine Schmitz, Klaus Abbelen and Patrick Huisman besides the Porsche works driver Jörg Bergmeister. Frank Kräling started at the SP7 class with his Porsche 911 GT America, alongside Marc Gindorf and Porsche junior Connor de Philippi. The expert for the Nordschleife Arno Klasen supported John Shoffner and Janine Hill with their Porsche Cayman S, the duo also started with a Renault Clio Cup. Due to preparation for the 24h race they will share this car with Thomas Leyherr, who usually drives the Audi TTRS for the Frikadelli-Racing Team. 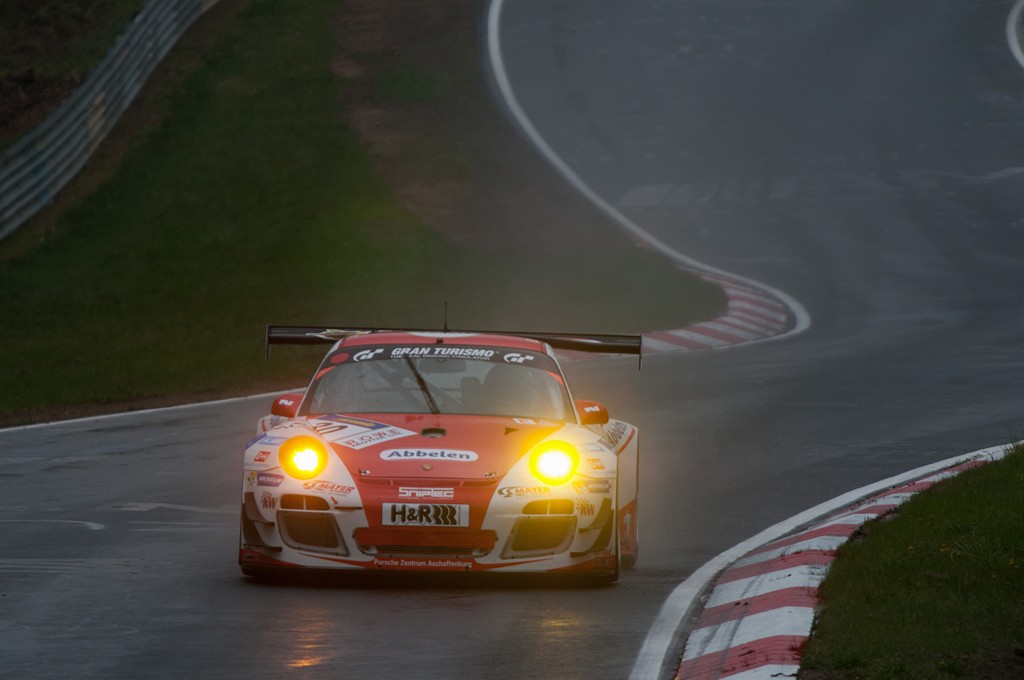 The difficult weather conditions forced the drivers even at the qualifying to pay maximum attention. Although company driver Joerg Bergmeister didn’t catch an ideal round he was able to achieve the fifth starting position. He should also handle the start as well. An even better result achieved Connor di Philippi and secured the fourth place for the GT America. Thereby the two highly efficient Porsche had every chance to achieve something great.

For the fast meatball however the race ended before it even started. At the start and finish line a driveshaft damage resulted in a long stay in the box and even as the vehicle continued the race with an extreme backlog the other driveshaft failed which resulted in the ultimate end for the car. Thus it was up to Frank Kräling and his colleagues to pull the chestnuts out of the fire. A tyre defect was responsible for a temporary setback, but a perfect changing strategy during the mixed- conditions and the extremely fast laptimes of Marc Gindorf and Connor rushed the Bolide well ahead and at the top of the highly contested SP7 class. At the perfect final stop Frank himself took over the car and engaged the strongest chaser in a pursuit race which continued until the finish line. The man from Winterberg steered his Porsche masterfully and achieved a narrow car length advance in the end. 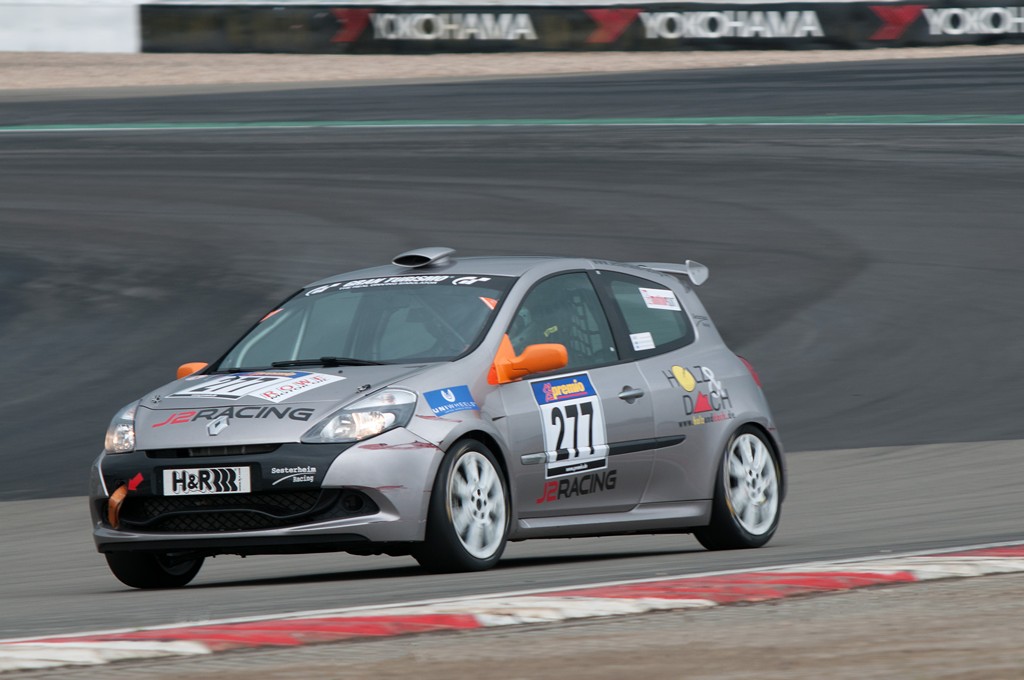 The joy over this performance didn’t last long because the defeated team protested against the 911 Porsche. Curiously enough the area of the rear wheel well was criticised which was not in the least modified and which represented the original delivery condition of Porsche. The regulations of the SP7 class however state that a wider cover for the wheels is necessary, which is legally an infringement. Thus the disappointment of the team was enormous.

However the race was more successful for the Porsche Cayman and the Renault Clio. Despite the adverse circumstances and the partial lack of experience both cars reached the finish line and scored some valuable points for the VLN championship as well as insights for the 24h race. Now the team is preparing for the 24h race which is happening in three weeks and where the Frikadelli- Racing Team will start with three cars.