Despite meticulous preparations und best omen the Frikadelli- Racing Team achieved no good result at the 24h- race at the Nürburgring this year. After several technical defects the team from the Eifel decided due to safety reasons to quit the race. 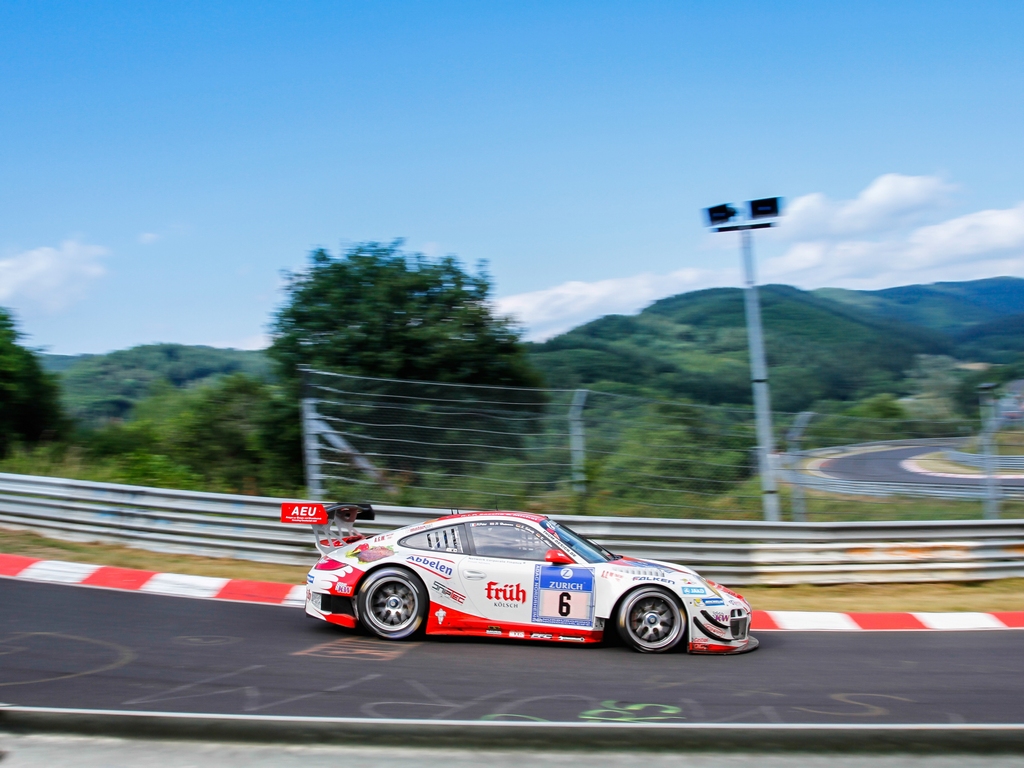 The 24h- race is doubtlessly the biggest event for the fans of the Nordschleife. Fort countless racing teams it is a possibility to beat the biggest drivers and factories on native ground – the Nürnburgring Nordschleife. The Frikadelli- Racing Team from Barweiler was one of these teams and figured they had a good chance this year. With the drivers Klaus Abbelen, Sabine Schmitz (both Barweiler), Patrick Huisman (Netherlands) and Porsche factory driver Patrick Pilet (France) an experienced combination of drivers was established. The teams own Porsche 911 GT3 R was meticulous prepared and counted as competitive.

At the trainings session was relaxed. Due to the excellent training results at the VLN long- distance championship the team was set beforehand for the highly sought-after Top 30 qualifying and used the possibility to experiment a bit with the setup of the car. Like in each year before the chance occurred again to meet the fans at the track at one evening..

At the actual Top 30 Qualifying the team only achieved the 22nd stating position and took a position in the queue at the end of the vehicle manufacturers besides the other Porsche of the race. “I’ve driven with full power and had my free round. The tyre pressure wasn’t really perfect, but more than 2 seconds I couldn’t win. The rating of Porsche is simply bad in comparison to the opponents,” admitted had the slightly compunctious Patrick Huisman. Fortunately the technical management had a similar opinion and classified the Porsche 911 GT3 R after a thorough analysis at the same level as other brands. 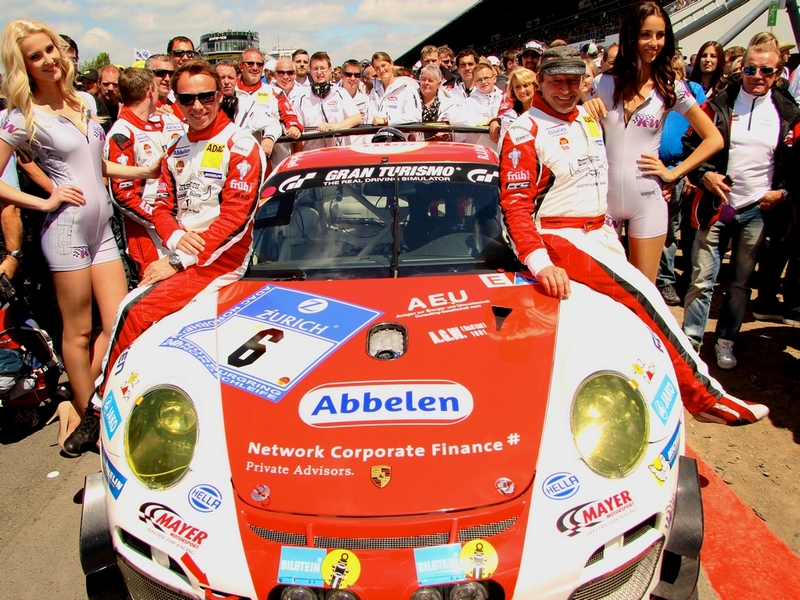 For the beginning the Porsche factory driver Patrick Pilet was assigned and he gained some places due to his skilful way of driving despite the heavy traffic of the race. But it didn’t come to this: already at the information lap problems with the temperature baffled the start und forced the team to an unexpected pit stop. A cooling hose bid its farewell due to excess pressure and overheating. This malfunction was repaired in a very short time and the car returned to the track soon – but the pit stop resulted in a 3,5 recess in laps. At this point the race for the ranking positions was done, but the fastest Frenchman wasn’t discouraged due to a pep talk of Klaus Abbelen and began a terrific race to catch up. The Frikadelli- Porsche gained position after position. After the change to Patrick Huisman the vehicle – now with double stints – could take the 35th position, while Sabine and Klaus began to prepare themselves for their turns at night. An additional backlash accrued in form of a tyre damage at the front wheel which resulted in the loss of another round and forced the team to an anew pit stop – but the team kept up the positive spirit and stared afresh to gain some positions. 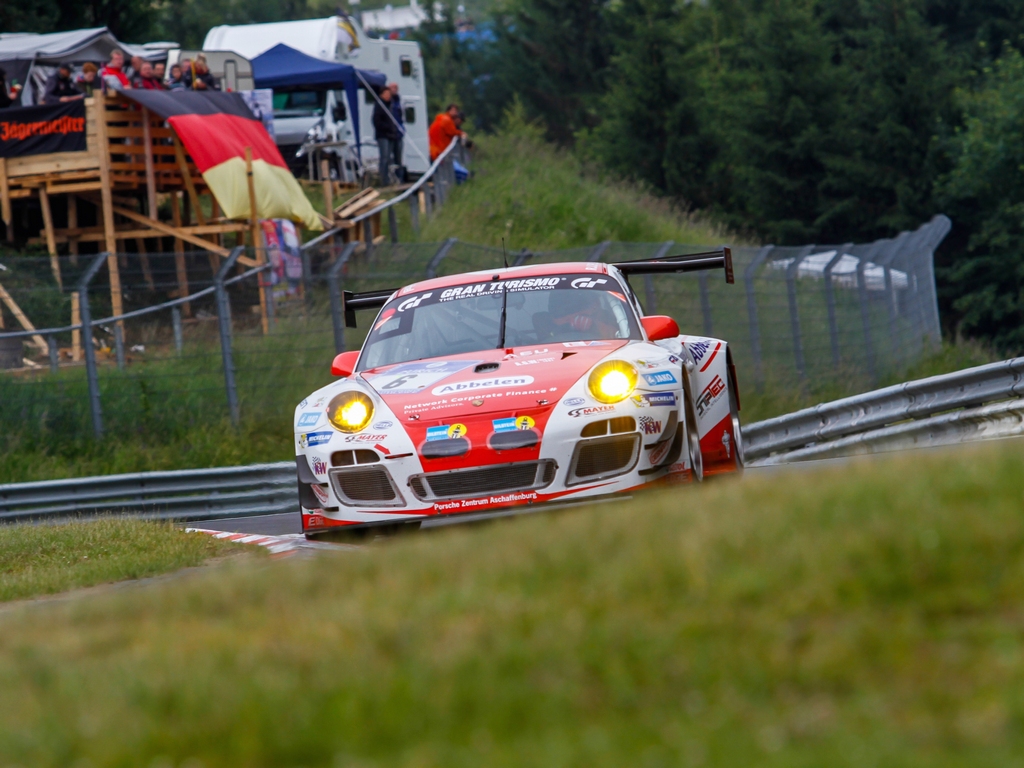 But Sabine hadn’t had a chance to start her shift. At 22.30 Huisman transmitted problems with the electronics – one of the ABS sensors seemed to be defect – and forced the team again to take a pit stop. Once again the pit time was much longer as it would have been at a routine pit stop and resulted in another backlash. The replaced sensor didn’t do much good so the driver was forced to return to the box to find the defect. During the error search it emerged that one wheel bearing was broken and the repairmen would have cost an additional number of 2 to 3 rounds. With a backlog of 6-7 rounds a placement under the first 10 wasn’t possible. The team decided together to end the race to catch up. “We had a lot of bad luck, it wasn’t our weekend. But heads up towards the team, one day we will succeed,” that’s the statement of Klaus Abbelen.

For the whole team it was a massive disappointment, but in two weeks the VLN offers another opportunity to show their skills and to continue their line of success. Many thanks go to the many fans which showed their support for the private team and believed in them all the time.