I believe we have won

At the VLN long distance series at the Nürburgring the races usually take 4 to 6 hours. Has the time expired the winner is getting stopped by the wave of a flag. Well that’s the usual way. Last Saturday it was an unusually thrilling race at which end the Frikadelli- Racing team was the happy winner.

During bright sunshine 170 vehicles presented themselves at the Nürnburgring and in the class of the fastest meatball of the world 15 participants represented a decent competition – it wasn’t an easy task to drive for the overall victory under these conditions. The cast of the well-known Porsche 911 GT3 R was built without any external support this time. Alongside Klaus Abbelen and Sabine Schmitz (both from Barweiler) the Dutchman Patrick Huisman was completed the drivers trio.

At the qualifying Patrick Huisman secured the third starting position with a 8:04,918, but he felt the pressure from the competition right from the beginning. At first the team lost two places and Patrick was unable to fight his way back to the while driving in the ruck. As a clever gambit Patrick was ordered to the box after round three to bring the short pit stop near the end of the race forward. Now he was able to achieve fast laptimes. 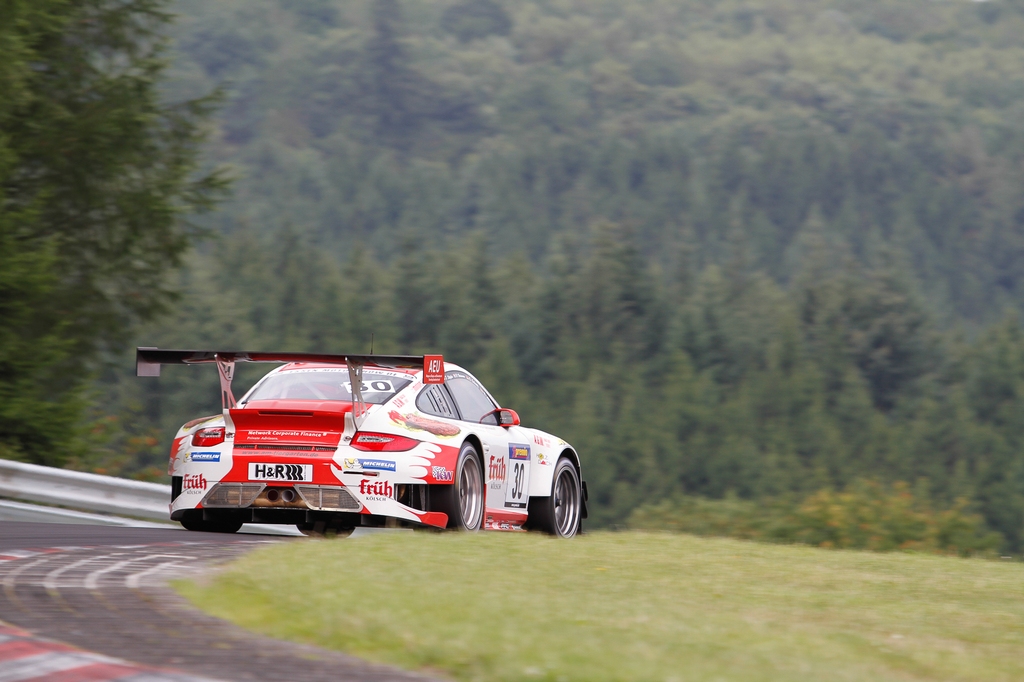 Starting with lap 13 the “Speedbee” was taking over the wheel and pushed the Porsche forward. Even now the thrilling battle against the ultrafast Schuberth team and the fast Falken Porsche team, which was unfortunately knocked out at the end of the race, continued. After an impressive performance at the last race Sabine could convince once more with her talent and brought the meatball back at the top until she switched the car with Klaus.

The boss was put under pressure right from the start due to the performance of the fast Z4 of the Schuberth team which gained ground and could calculational win the race. Admittedly a three minute penalty due to a yellow flag violation was still to come for the BMW, but it wasn’t confirmed until this point. Approximately two minutes before the official end of the race the two opponents passed the finish line nearly simultaneously. With only the length of one car ahead the Frikadelli Porsche made its way to the allegedly last round – in which it was foreseeable that the fast Z4 could gain the lead. But at this point the first congratulators arrived at the command centre of the Barweiler racing team, because the race organisation had ended the race by mistake. Due to the mentioned time penalty a later end of the race wouldn’t falsify the result. 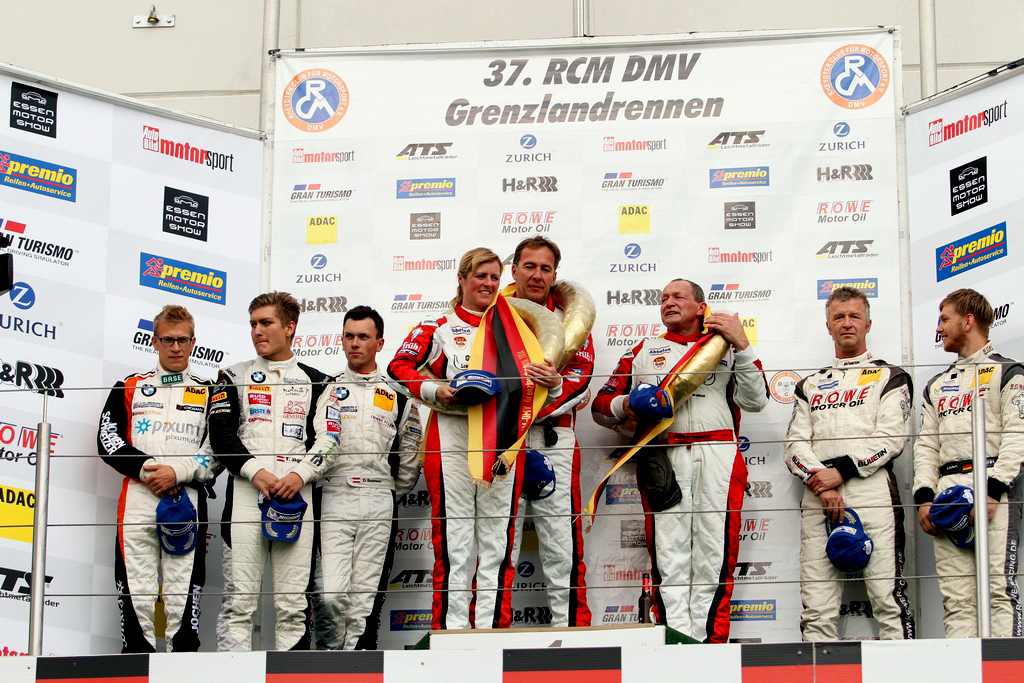 For Patrick Huisman the victory was nevertheless something very extraordinary. “It is really marvellous for me that we won alone and without any support of works drivers. The competition today was unbelievably strong, but the complete team worked together perfectly and made our victory possible. ”

With the VLN Speed- trophy the Frikadellis gained a respectable lead towards the competition at the class of the GTR racing cars. But the team doesn’t intend to rest on their laurels – already in three weeks the hunt for points and cups starts afresh.