Nothing ventured, nothing gained

The Frikadelli Racing Team from Barweiler risked much at the 36. RCM DMV Grenzlandrennen long-distance championship at the Nürburging. Unfortunately with a 7th overall place and the third place in class the taken risk doesn’t paid off like the team had expected it to do.

Crucial for the outcome of the race was the right choice of the tyres und linked with that a clever strategy for the probably changing weather conditions in the rainy Eifel. Already during the training the conditions were difficult for the three pilots Klaus Abbelen, Sabine Schmitz (both Barweiler) und Patrick Huisman (Netherlands). The wet tarmac didn’t intimidate Sabine and she gained a good third starting position for the team. 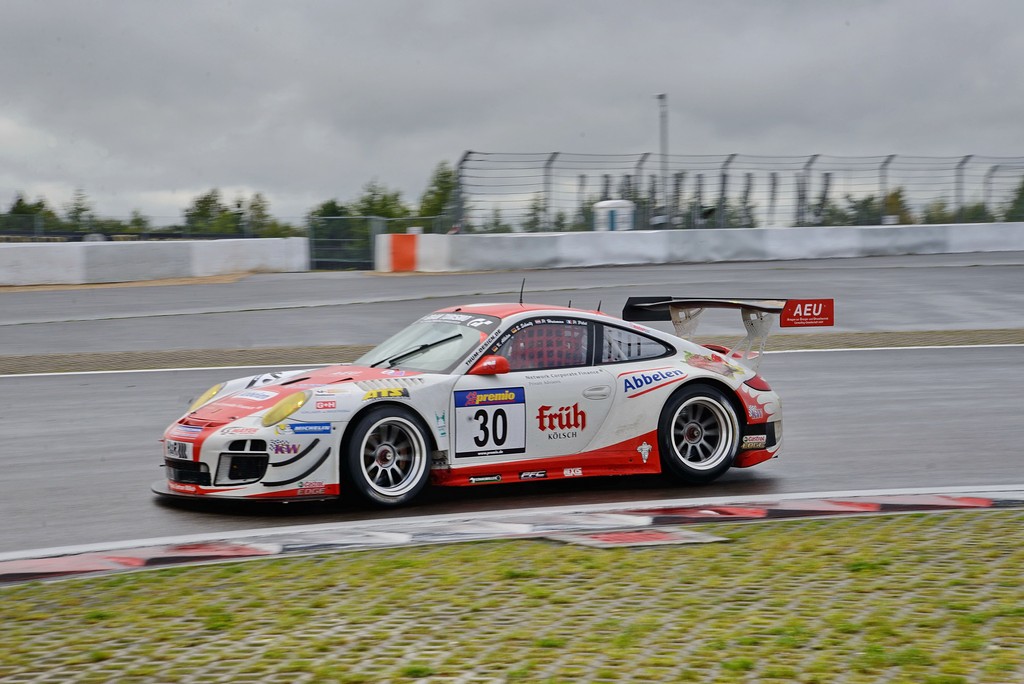 For the start of the race rain was anticipated which led to the choice of a rain- tyre. But already in the first lap Sabine certified that this tyre wasn’t the fastest model. Team manager Frank Lynn acted fast and ordered Sabine back to the box after only a few rounds. With a so called Splash & Dash – a very short pit stop – the woman from Barweiler was send on the track again with different tyres and a full tank. Usually such a short stop is necessary at the end of the race to avoid to run out of fuel during the last hour. If this strategy worked out an advantage over the competition was to be expected.

At first it seems that the gamble paid off: Sabine was as swift as an arrow, had a free track in front of her and was fitted with the perfect tyres. Her lap times confirmed the wise decision and despite a rather low position at the ranking the team knew, the end would bring the decision.
After her turn Sabine delivered the car to “Frikadelli” himself. For Klaus it should become a thrilling race due to the always changing weather conditions. While he started the race with rain tyres, he rightly instructed the team in round 9 to change back to slicks. How appropriate his estimation was showed the time monitor at the next finish line: the team chef displayed one fast round after another and gained position after position. The team took the full risk and stayed on the track till the last drop of fuel before be delivered the car safely to Patrick Huisman. 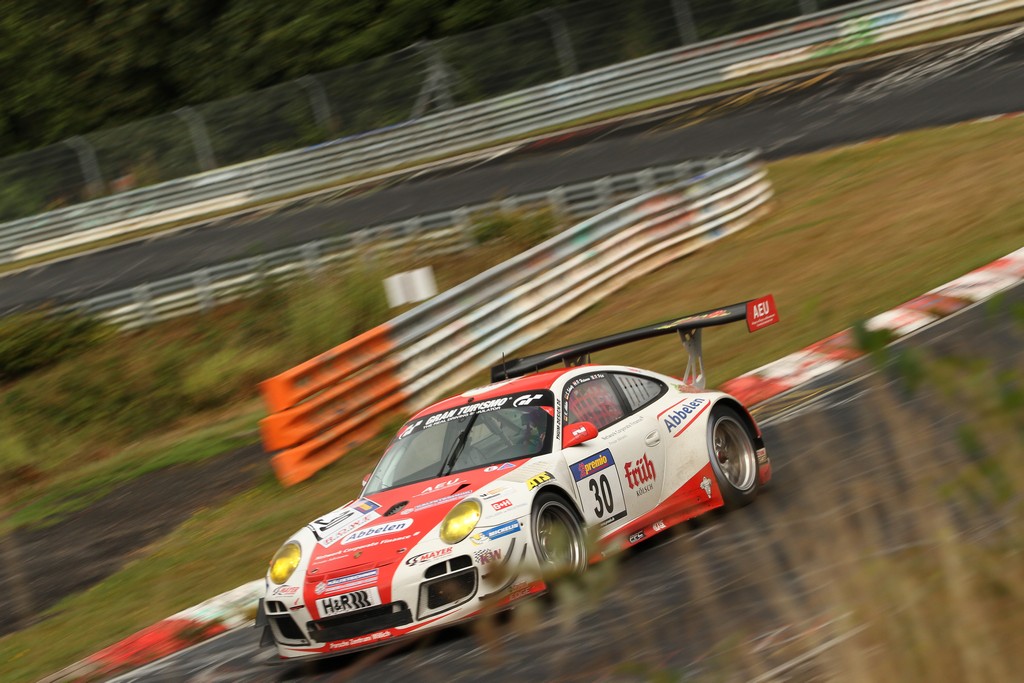 Patrick prepared to fight and now the plan of the earlier pit stop seems to pay off. The impressive time of 8:20.505 minutes – the fastest lap which was ever timed at this race – showed what was possible now. But the dream of a position at the top was brought to an early end. The race offiials decided about 15 minutes before the end of the race to raise the red flag and abandon the competition.

Even if the private team from Barweiler was unable to make head or tail of this abort there was much to celebrate in the evening. The new saloon from Klaus und Sabine was finally completed and so both insisted on a celebratory opening for it. Besides the whole team many friends, partners and acquaintances were invited to inaugurate the building in Barweiler with a fitting celebration. According to eyewitnesses the event was exactly as the race previously: fuel was handled under extreme wet circumstances und a few participants had problems to find their grip in the end!