A fifth place overall was the result after the 35th RCM DMV Grenzlandrennen for Sabine Schmitz, Klaus Abbelen and Chris Brueck from Frikadelli Racing team. But this success was hard fought under difficult conditions. 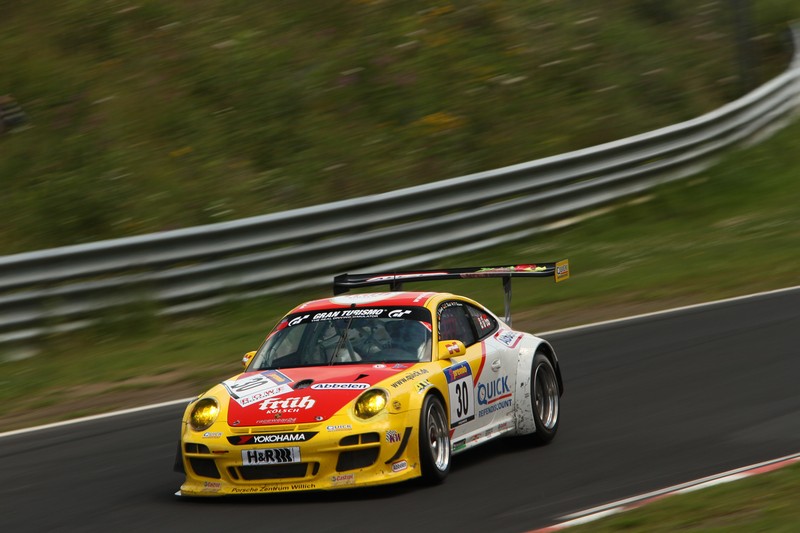 In the morning of the 21st july the weather conditions were mixed. Again and again heavy rain came down in different places of the Nordschleife, so the track has always new surprises for the three porsche pilots. To find a suitable set-up was not easy and it took the team a while after team boss Klaus Abbelen and his team found a suitable setting and released the car for the time hunting. Sabine was the first pilot for and did in her first lap the fastest time after the first half of the training session. But the competition followed suit and their lap times got gradually faster. Now it was the turn of Chris Brueck to race the Frikadelli Porsche around the Nürburgring. He improved Sabine's time, but he wasn´t happy with the resault. Once more he wanted to attack and position themselves with a final round of the competition. But in this round the bad weather changes the conditions in some sectors. The driver from cologne slipped by sudden rainfall in the area of Bergwerk on the grass and damaged the Porsche heavy on the rear axle. Until the race, the car could be repaired, but an improvement of the laptimes from the practise was possible. The team from Barweiler should start by 6th place on the grid. 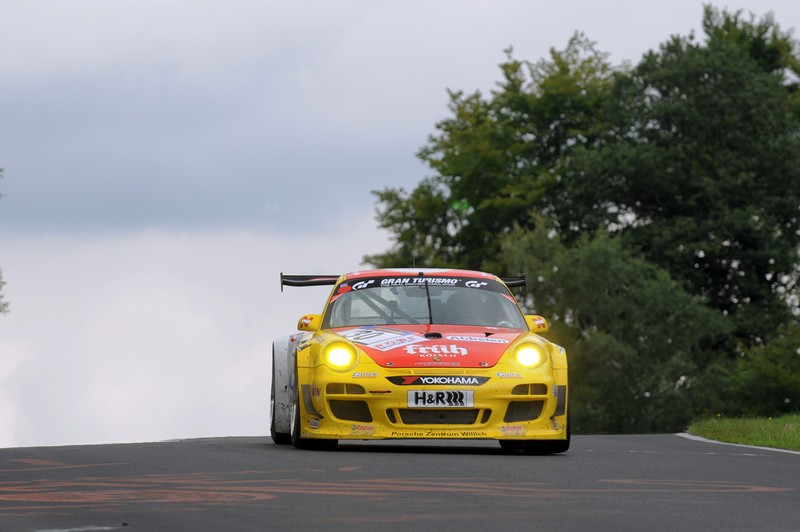 Chris also should be the start driver. That the unfinished practice lap would have certainly had potential, he proved that with a fantastic start phase. At the entrance to the "Mercedes Arena" he already breaked himself past opponents and went with the two leaders in third place onto the Nordschleife. After the fourth lap he came into the pits for a short pit stop, which was completed by the team well. But the second, a long pit stop had to be done in the 10th lap of the race as he had problems with the electrical system. After checking the motor data in the pits the car got handed over to Sabine and she went back on the track. At this time the Frikadellis were held at the 2nd place overall. Sabine also confirmed strange phenomena at the porsche, the team from the pit announced to take the traction control as well as the ABS off. The gearbox was now operating in the "emergency mode", which required the use of the clutch. From now on, Sabine was without electrical helpers rely solely on her ability to move the nearly 500-horsepower race cars to the limit. When Sabine handed over to Klaus on lap 19, one sensor did get replaced as a precaution to resolve the problem completely. But Klaus had to drive the fast Porsche completely analogous, because the suspicion was confirmed that another sensor in the car provided the electronic problems. Klaus made impressively clear that he also has a sensitive brake and accelerator foot with which he can keep competitors at bay. So the race got flagged with a new distance record of 29 laps and team manager Klaus Abbelen drove the car across the finish line in fifth. "With the fifth Place we can be fully satisfied under this conditions. In the next 6h race we will attack again full" he said after the race and thanked as usual his team for the good work they done. 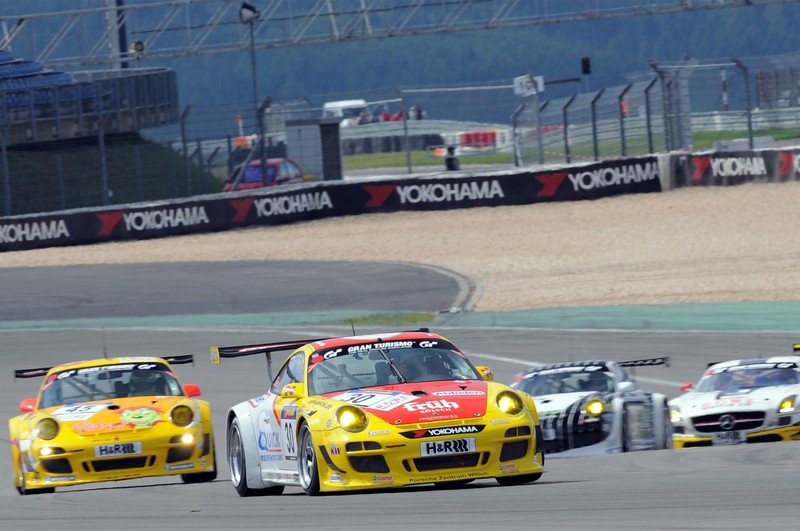