The 8th run of this year´s VLN championship was with best conditions a success for the team around Klaus Abbelen. With a 4th place for the GT3 R in the race and 2nd place in the class SP7 for the GT3 Cup Frikadelli Racing showed once again its competitiveness in the classes of cars with of big cubic capacity. 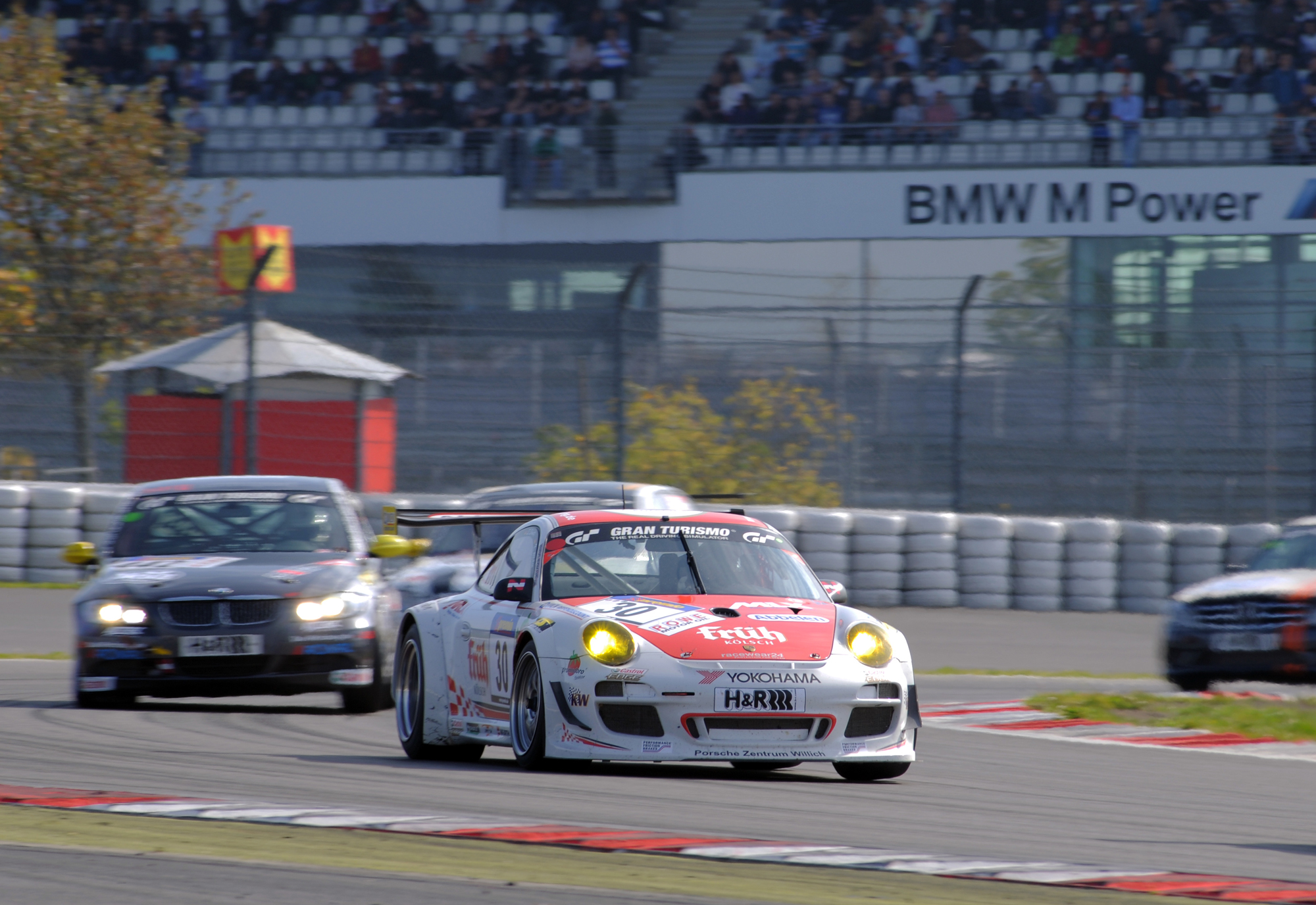 After a rather slow start of the qualifiying in the early morning the end went very gripping. Sabine played poker and joined the qualifiying rather late to perform like magic a very quick lap. She managed with that fast lap, despite beeing in a very strong competition, a jump into the Top 10 onto the 6th start position.
Florian Fricke and Dieter Schornstein were similar good and with start position 17 a 3rd fastest time in their class SP7.

Sabine Schmitz and Florian Fricke did the start of the 43rd ADAC Barbarossa race as the first drivers on their cars. After a hard fight in the top group Sabine passed the car onto Klaus Abbelen. Klaus managed to keep the position until he passed the car again to Sabine for the final turn. In this final stint Sabine could improve her postion with exellent fast lap times onto the 4th porsition after the finish flag ended the race by 4pm.

Florian and Dieter drove a similar split on the cup car with the number 53, where Dieter Schornstein took over in the middle part. With consistently fast lap times he handed the car over to Florian for his last stint of the race. With exellent fast lap times and a perfect fuel strategy they could finish 2nd in their class SP7 and 11th in the overall. “With this result we can be very pleased”, praised “Frikadelli” Klaus Abbelen his team after this successful event.